I am always forgetting how to do this and so I thought I would throw this quick write-up together about how you can get Python 2 and 3 to play nicely together on Windows 7 and higher.

Edit: So be sure to let me know in the comments section below if this article helps you or if you run into some kind of issues! I am mostly running Python 3 on Mac and Linux these days but I definitely want to keep this post up to date with the proper way to do this.

To run Python 2 and 3 side by side on Windows

Python 2 and 3 will be installed with their default locations and you will notice that typing python at the command line will now do nothing. This is fine.

The installers will install the Python launcher, which is two executables into your Windows directory: 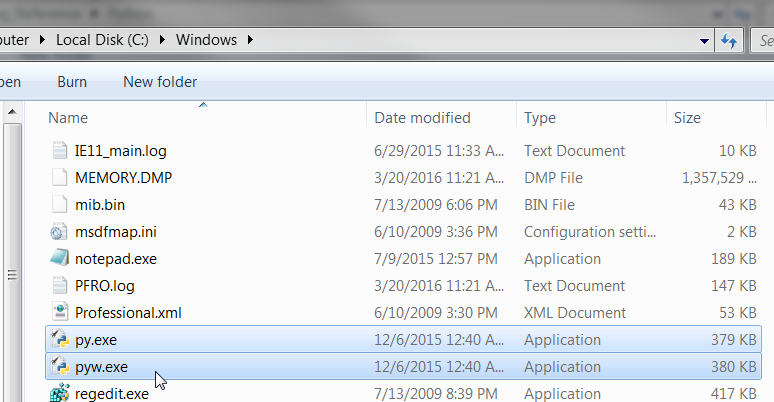 To start the Python 2 interpreter

To get version number

To start the Python 3 interpreter

To get version number

Create a virtual environment on the CLI with Python 3

use #!python2 or #!python3 at the top of your script to let py.exe determine whether to launch Python 2 or Python 3. Then you can launch either with something like py script.py

Great resources that helped me solve this issue

How to use pip with python 3.4 on windows?